In this week’s Q&A YA Wednesday, we’ve got, Marci Lyn Curtis, whose debut THE ONE THING is out Sept. 8, 2015. You can see the book blurb (and super cool cover), along with Marci’s bio at the end of the post—but first, check out her answers to our fearless questions.

1. You wake up one morning and, OMG, you’re Luna Lovegood! What’s the first thing you do with your new ability?

Pretty sure I’d dig out my wand and eradicate the song “Chandelier” by Sia. Because if I hear it one more time I’ll go out of my nut.

2. Turns out your parents aren’t happy with your change. What fictional character do you ask to help you get out of the bind, and how do they “fix” you?

My neighbor, Mr.—
Wait. I actually don’t know his real name. In the 5 years since he moved across the street from me, I’ve only called him Gru (from Despicable Me). Not to his face, mind you, so he isn’t aware of this nickname. Ahem. Till now, anyway.
*Waves at Gru*
Moving on…
My neighbor—whose true name I do not know—the guy who looks, sounds, and walks exactly like Gru, stuffs me into an anti-Luna chamber and I’m ME once again.

3. Back to normal, you arrive at school and literally crash into your crush. He/she asks you why you’re shaken up. What do you tell him/her?

The truth, naturally: that I’ve just cured the world of a raging, infectious case of “Chandelier.”

The very top of Mauna Kea, on the Big Island of Hawaii, where there are more stars than sky.
Most beautiful place ever.

5. It might not be true love yet, but there is a Happily Ever After in your near future. As a Fearless Fifteener, your book is out this year. Tell us about it in 140 characters or less.

The One Thing is the story of a blind juvenile delinquent who discovers the tragic truth about a cherished friend. 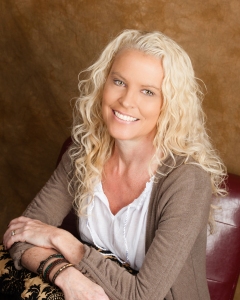 Marci Lyn Curtis grew up in Northern California, where she went to college and met an amazing guy in a military uniform. Two college-aged kids and one dachshund later, she lives in Maryland, where she laughs too loudly and eats peanut butter off spoons. Her YA contemporary debut, The One Thing, comes out September 8th, 2015 via Disney-Hyperion. Learn more about her at Marcilyncurtis.com. 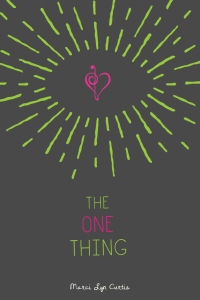 Maggie Sanders might be blind, but she won’t invite anyone to her pity party. Ever since losing her sight six months ago, Maggie’s rebellious streak has taken on a life of its own, culminating with an elaborate school prank. Maggie called it genius. The judge called it illegal.

Now Maggie has a probation officer. But she isn’t interested in rehabilitation, not when she’s still mourning the loss of her professional-soccer dreams, and furious at her so-called friends, who lost interest in her as soon as she could no longer lead the team to victory.

Then Maggie’s whole world is turned upside down. Somehow, incredibly, she can see again. But only one person: Ben, a precocious ten-year-old unlike anyone she’s ever met. Ben’s life isn’t easy, but he doesn’t see limits, only possibilities. After awhile, Maggie starts to realize that losing her sight doesn’t have to mean losing everything she dreamed of. Even if what she’s currently dreaming of is Mason Milton, the infuriatingly attractive lead singer of Maggie’s new favorite band, who just happens to be Ben’s brother.

But when she learns the real reason she can see Ben, Maggie must find the courage to face a once-unimaginable future…before she loses everything she has grown to love.