BW: You wake up one morning and, OMG, you’re a narwhal. What’s the first thing you do with your new ability?

RR: I knock over the lamp on my nightstand with my narwhal tusk as I try to return to the ocean.

BW: Dude. I knock stuff over when I don’t have my glasses on, so you’re really not starting off too badly. You’re parents, however, are less than excited about having an aquatic mammal living in their extra bedroom. What fictional character do you ask to help you get out of the bind, and how do they “fix” you? 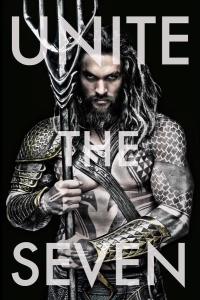 RR: Aquaman. Except not the lame blonde one, but the badass Jason Momoa Aquaman. (BW: *coughs* Yes, please). He reassures me that everything will be all right and carries me to the sea. He then invites me to an underwater ice cream social where I make new friends with fellow sea creatures while enjoying a tasty treat. But eventually, I morph back into human form and Badass Aquaman takes me back to shore before I drown.

BW: The next time you go anywhere with Jason Momoa Aquaman, you call me. Got that, Randy? Mmkay, good. So, back to normal, you arrive at school and literally crash into your crush. He/she asks you why you’re shaken up. What do you tell him/her?

RR: There was no hot water in the shower.

RR: The aquarium. But having enjoyed ice cream with similar creatures not too long ago, it breaks my heart to see them imprisoned so. Shaking with rage, my narwhal powers reemerge in the form of an immense sword-like tusk sticking out of my forehead. I use it to attack the aquarium employees. Surrounded by their lifeless bodies, I call Badass Aquaman and we set the sea creatures free. But then Badass Aquaman totally steals my crush.

BW: I mean, can you really blame your crush? This is HOT Aquaman we’re talking about. Don’t worry! There’s still a Happily Ever After in your near future. As a Fearless Fifteener, your debut is out this year. Tell us about your book in 140 characters or less.

BW: I’m sort of depressed about the lack of narwhals, but the book totally sounds fabulous. Here’s a longer summary for the rest of you. 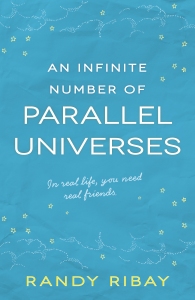 As their senior year approaches, four diverse friends united by their weekly Dungeons & Dragons game struggle to figure out real life. Archie tries to cope with the lingering effects of his parents’ divorce, Mari considers an opportunity to contact her biological mother, Dante works up the courage to come out to his friends, and Sam clings to a failing relationship. When the four eventually embark on a cross-country road trip in an attempt to solve one of their problems–and to avoid the others–the journey tests their friendship and they quickly realize that real life is no game. 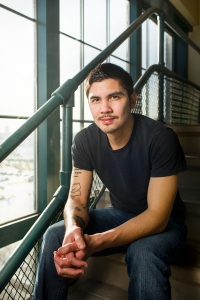 Randy Ribay was born in the Philippines and raised in Michigan and Colorado. He is a graduate of the University of Colorado and the Harvard Graduate School of Education, where he specialized in language and literacy. He is the English Department Chair at an all-boys high school in Philadelphia and a nerd-of-all-trades. Randy lives in Camden, New Jersey with his wife and two dog-children.

Add it on Goodreads